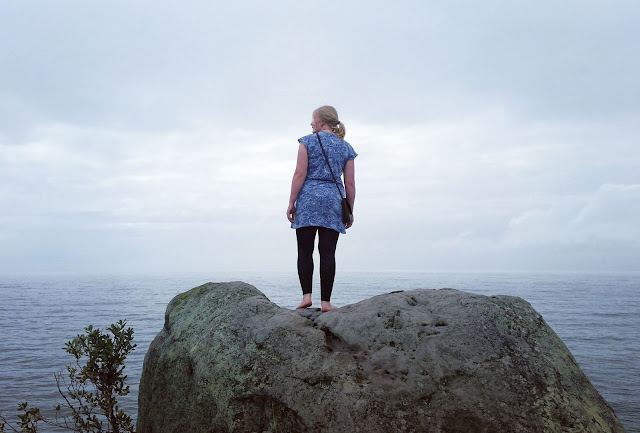 
The song Wanderer by Mogli has been trailing my journey home to New Zealand over these past couple of weeks. To be a wanderer and to go home. I am a wanderer and home is in many places. Sometimes people ask me if I am lost. Don’t you feel rootless? They ask.
Rootless? No, I feel more rooted than ever before! I stand with my roots on both sides of the earth - north and south - Sweden and New Zealand. In 1992, I was born during a snowstorm in the capital city of Sweden. Stockholm hadn’t seen any snow all winter until the day I was born on the 15th of February. Growing up, I always loved the story of Ronja the Robber’s Daughter by Astrid Lindgren because Ronja was also born during a storm and loves the woods just as much as I do.
When I was four years old, my mum and I travelled to Aotearoa, New Zealand, and we ended up staying for over twelve years. First we lived in the small beach town of Mount Maunganui, where I grew up at the foot of Mauao, an extinct volcano commonly known as The Mount. After a few years, we moved inland to start an organic avocado orchard outside of Katikati, a small town nestled between the coastline and the Kaimai Ranges.
Now I'm back at the orchard and the avocado trees have grown so much since I was last here. On a clear night, the stars out here are breath-taking. Growing up, we often take so much for granted. Now, returning to New Zealand after 10 years on the other side of the world, I am seeing my childhood home with new eyes. It is such a blessing to return to sanctuaries of old and appreciate the beauty of this land in a new way. Being here again has really made me realise the true meaning of family and how this land will always be a part of my roots.
Here are some of the photos captured from these past few weeks in the North Island of New Zealand, mostly from the Bay of Plenty and the Waikato region.